Good harvest expected in 2020: We chat to Johan Lusse – general manager of grain and grain services 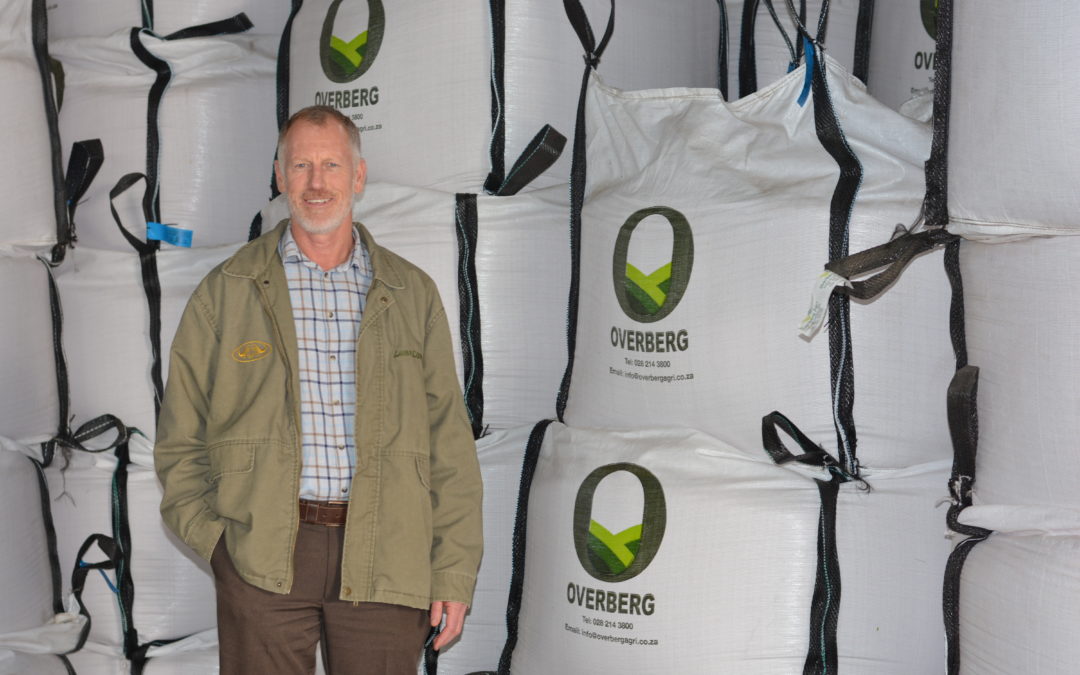 In addition to livestock and other branches of farming, grain production is the main artery for most producers in the Overberg Agri service area. Good grain yields will therefore ensure the sustainability of our grain producers, but the dependence on various production factors remains a reality, of which well-distributed rainfall is the most important factor throughout the season.

Within the Overberg Agri service area, from the Southern Cape to the Swartland, better climatic conditions were experienced during 2020, in comparison to 2019. Figures 1 and 2 show the monthly rainfall figures for the two regions. In the Southern Cape, the above-average rainfall during January caused better moisture to be available early in the planting season (end of April and May), compared to the Swartland, which could only plant later due to the dry conditions experienced during February and March.

Rainfall for 2020 from January to September is equal to above the long-term average (Figures 3 & 4). Rainfall during the growing season (April to September) was above average for the Southern Cape and slightly below average for the Swartland. These promising moisture conditions ensured that good establishment of plantings could be experienced to lay the foundation for a good, potential harvest.

With the prevailing favourable climatic conditions, the harvest prospects are above average in the Southern Cape and average to above average in the Swartland. Harvesting activities kicked off in the week of 12 October and we expect producers to harvest at full steam within the next two weeks.

The favourable climatic conditions were also beneficial for pastures and feeds and of course for the livestock that could utilise it.

Figure 5 illustrates the Safex December wheat price for wheat over time. The producer price for barley and wheat is derived from this price, with the producer price approximately R700/ton less than the Safex December wheat price. The current prices of wheat and barley are on average R400/ton better than in 2019, while oats are about R500/ton and canola is about R1000/ton better than the previous season. This has a positive effect on farming profitability and also has a positive impact on Overberg Agri’s business and our rural economy.

The figure below shows the hectares of different crops that are planted in the Overberg Agri service area in the Southern Cape. There is a strong possibility that barley hectares may decrease significantly in 2020 due to the reduction in the barley requirement for brewing purposes. The surplus in barley can primarily be attributed to the lower beer sales as a result of Covid-19.

Crop estimates for canola show only that what is handled by Overberg Agri which is only 40% of the total canola tons produced in the area, as the rest is delivered directly to Soill’s silos.

Based on a conservative crop estimate, the expected crop for 2020 is one of the largest harvests in Overberg Agri’s history. The previous largest harvest was taken in 2016.

The Products team is looking forward to receiving the harvest and also wishes the rest of our colleagues within Overberg Agri best of luck for the harvest time ahead. Wishing you all the best for the last two months of the year!